Bad people do good things, good people do horrible things, everybody — extraordinary and ordinary — does the same things.

My screenwriting pal told me that he had written a piece in which a mother went to prison for [I think] burglary. People told him, “Oh no, that wouldn’t happen! That’s unthinkable. She’s a mom.” Seriously? Tell that to Child Protective Services. There are maternity wards in state penitentiaries, you know? And the ability to bear a child (and possibly take decent care of it) does not make a woman unable to commit crimes. Yet the idea is, well, unpleasant, and folks don’t want to think unpleasant thoughts so they deem it unthinkable.

Prospective audiences also have trouble believing that a killer might be very religious, a prostitute might be a perfect babysitter, or a female executive cries when she burns toast. It just seems out of character. (More on that in another post.) Serial killers eat breakfast, remember people’s birthdays, and suffer toothaches, flat tires, and overdue library books. While their crimes might generate interest, they don’t. They may commit horrific crimes, but for the most part, they are Joe Blows of little note. As Hannah Arendt noted, evil is banal.

Meanwhile, history is filled with accounts of ordinary citizens doing extraordinary things — some reported, some not. Soldiers do some heroic deeds in battle and a passerby may put out a fire and we hear about it a news feed, but all day every day regular people are stopping fights, feeding the hungry, and improving someone’s life and we will never know about it. A character who stops to give someone CPR or foil a burglary and then goes on about their humdrum day with no fanfare or even notice is not an anomaly, it is everyday life. 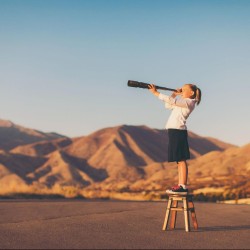